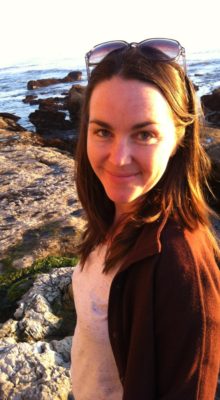 Diana Thow is a Phd student in Comparative Literature at the University of California, Berkeley. She specializes in Italian, English, and French literature as well as translation studies. Her dissertation, entitled La prova del fuoco: Lyric Translation and Poetic Innovation, examines how translations into English and Italian have shaped critical conversations about lyric poetry in the second half of the 20thcentury.

At UC Berkeley Diana has taught literature and writing courses in the Comparative Literature and English departments, as well as beginning language courses in the Italian Studies department. In addition to her work at Berkeley, Diana holds an MFA in literary translation from the University of Iowa, where she designed and taught two upper division courses that introduced students to literary translation through a blend of theory and practice.

Her academic publications include a co-authored chapter in Cultural Reception, Translation and Transformation from Medieval to Modern Italy (Oxford: Legenda, 2017), a comparative analysis of three French translations of the Griselda story from Boccaccio’s Decameron. Diana has published widely as a translator, including an English translation and annotation of Amelia Rosselli’s Hospital Series(Otis/Seismicity Books, 2017) and Impromptu (Guernica Editions, 2015). She received the Best Translated Book Award in 2014 for her translation of Elisa Biagini’s The Guest in the Wood (Chelsea Editions, 2013).