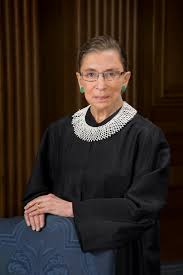 A major in Comparative Literature develops the close-reading skills and the attention to detail that are the bread and butter of legal interpretation and legal writing. Students who major in Comparative Literature learn to understand the distinctions between different audiences and to differentiate between different genres and communicative modes.  An appreciation for literature's complexities and its varied modes of expression enables lawyers to understand psychological complexities and convey them to judges and juries in a manner that emphasizes the human dignity of their clients.  Many prominent jurists attribute their success in the legal profession to the reading of literature.

Current US Supreme Court Justice Ruth Bader Ginsburg, a student of the novelist Vladimir Nabokov at Cornell University, went on to become a brilliant attorney, famous for advancing women's legal rights before she became a judge and then Supreme Court Justice.  She later credited Nabokov with teaching her how to craft a brief or an opinion. "Nabokov changed the way I read and the way I write," she said.  "Words could paint pictures, I learned from him. Choosing the right word, and the right word order, he illustrated, could make an enormous difference in conveying an image or an idea."

In addition to the great value, for legal studies and legal practice, of studying the writing inside literary works--and of learning to write well about literary art--familiarity with different modes, theories, and approaches to literary interpretation is likewise of great value for those thinking of entering the legal profession.  As with historical or sociological interpretation--but in certain ways, more emphatically and texturally, and with an abiding focus on both the words of texts themselves, and on literature's interactions with sociohistorical and political contexts--the study and practice of literary analysis gives students invaluable exposure to various modes, theories, and approaches to the activity of interpretation.

In addition, Comparative Literature students interested in going on to a law career should note that law schools do not require or expect a certain sequence of Pre-Law courses -- the most important thing one can do in preparation is to focus on improving your skills of critical interpretation and your writing skills in your own major, and that it is not necessary to major in Legal Studies.