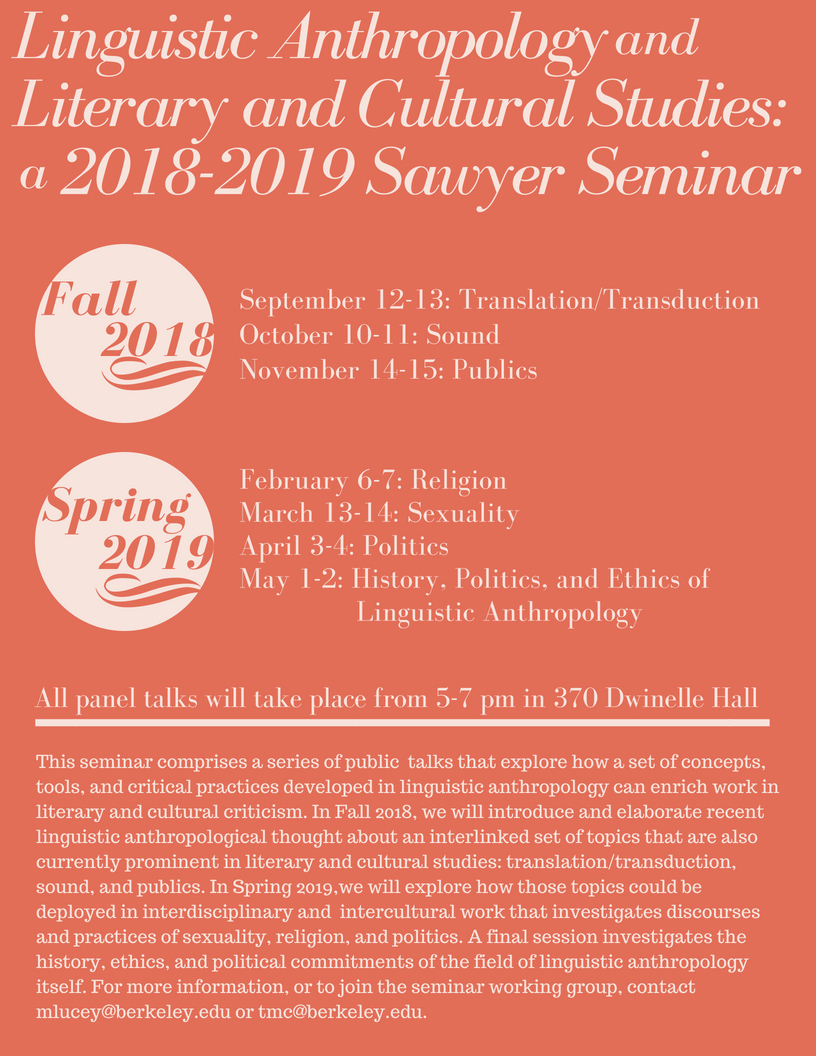 Departments of Comparative Literature and French

This seminar aims to explore the potential of a set of concepts, tools, and critical practices developed in the field of linguistic anthropology for work being done in the fields of literary and cultural criticism.

The seminar will have two halves. In three sessions in Fall 2018, we aim to create a common frame of reference by introducing and elaborating recent linguistic anthropological thought about an interlinked set of topics that are also currently prominent in literary and cultural studies: translation/transduction, sound, and publics. The four sessions of the second half of the seminar, in Spring 2019, will be spent exploring how those topics are, or could be deployed, in interdisciplinary and intercultural work that investigates discourses and practices of sexuality, religion, and politics. A final segment of the seminar provides an occasion, in the light of the earlier work of the seminar, to investigate the history, and the political and ethical commitments of the field of linguistic anthropology itself.

Central questions to be pursued throughout the seminar include: How might attunement to language’s dynamic use—the shifts in meaning as words and utterances travel in different contexts—alter our conceptions of texts as primarily referential objects? What can we learn of literary forms when we consider them as the effects of a series of ritualized performances rather than transhistorical norms? What can attention to sound’s social functions teach us about how sounds hail, divide, or otherwise create communities of all kinds?

A longer description of the seminar can be found here.