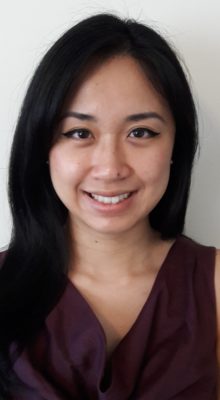 This work emerges from my dissertation, "Poverty and Squalor in Modern Chinese Realism," which asks how a long-established literary culture exposed to the depredations of modernity, reeling from violent encounters with the West, reinvented itself. How do early 20th-century Chinese intellectuals sift through centuries of Western and Chinese literary history and compact them into new genres during a few decades of heady experimentation? I argue that Chinese realist writers frequently turned to the topic of material poverty—starving peasants, urban laborers, homeless orphans, and so on—to convey their sense of textual poverty and national weakness. Depicting poverty allowed writers to enrich the nascent forms of modern Chinese narrative, innovating strategies of representing the nation, the social other, and time and space, while problematizing their deployment of this weighty topic for aesthetic purposes. Though it was contact with Western cultures that produced their sense of backwardness, Chinese writers discovered within those foreign literary traditions the narrative tools to remedy China’s purported textual deficiency by writing about poverty. I examine why Russian literature, itself long preoccupied with a problem of belatedness vis à vis Western Europe, occupied a privileged place for Chinese intellectuals of this era. Comparing Chinese fiction about poverty by Lu Xun, Xiao Hong, Yu Dafu, Jiang Guangci, and lesser known writers, to their Russian intertexts by Gogol, Andreev, Turgenev, and others, I show how Chinese writers drew and innovated upon themes (such as madness or human animality) and formal elements (such as strategies for depicting consciousness) to invent a new, syncretic realism. In contrast to criticism about the limits of realist writing in China, I argue that it is a heteromodal form, capable of encompassing many modes of narration or literary genres. Here I draw upon on Mikhail Bakhtin’s principle of the omnivorously heteroglossic nature of language and the novel. Chinese writers were so omnivorously intertextual, absorbing different Western genres and -isms simultaneously while continuing to make use of traditional Chinese literary resources, that modern Chinese realism is necessarily informed by a broad spectrum of narrative modes and styles. My dissertation thus contributes to recent critical discussions about peripheral realisms, and my research makes an intervention in comparative literary studies by nuancing our atlas of world literature and providing a finer-grained understanding of what happens when literary ideas and genres cross borders.

My excitement about comparative approaches to studying Chinese literature energizes my teaching. This spring I was recognized with the Outstanding Graduate Student Instructor Award at Berkeley, where I have accumulated a rich array of teaching experiences