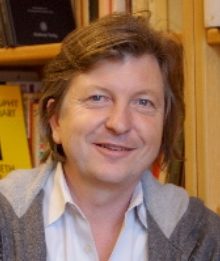 Niklaus Largier, Professor of German and Comparative Literature. He is affiliated with UC Berkeley’s Programs in Medieval Studies and Religious Studies, and the Designated Emphasis in Critical Theory. After studying German Literature, Philosophy, and Russian in Zurich and Paris, Professor Largier received his Ph.D. from the University of Zurich in 1989. His research deals with the history of medieval and early modern German literature, especially questions of the relations among literature, philosophy, theology, and other fields of knowledge.  His most recent books explore the relation between bodily ascetic practices (in particular flagellation), eroticism, and the literary imagination (Lob der Peitsche: Eine Kulturgeschichte der Erregung. Beck, Munich, 2001; American translation: In Praise of the Whip: A Cultural History of Arousal. ZONE Books, 2007; Spanish translation: Elogio del látigo: Una historia cultural de la excitación. Oceano, 2010), and the fascination of decadent literature with such religious practices (Die Kunst des Begehrens: Dekadenz, Sinnlichkeit und Askese. Beck, Munich, 2007). Current projects: the history of fantasy and the emotions from the Middle Ages to the Baroque era; the history of the senses, of sense experience, and of the stimulation of the senses-especially taste and touch-in medieval, early modern, and modern cultures. Niklaus Largier is an internationally recognized expert on mystical traditions in German literature and thought, in particular Meister Eckhart and his influence from the Middle Ages to postmodern discourses. His books include a study on time and temporality in late medieval philosophy and literature (1989), a bibliography of literature on Meister Eckhart (1989), a translation and commentary of a medieval treatise on spiritual poverty (1989), a two-volume edition of Meister Eckhart’s works with extensive commentaries in the Deutscher Klassiker Verlag (1993), and a study of the significance of exemplum and exemplarity in medieval literature, philosophy, and historiography (1997). Largier has published essays on Eckhart, Tauler, Seuse, Mechthild of Magdburg, Hadewijch, Rudolf of Biberach, Czepko, and others. More recently, a series of articles deals with the interaction of images and texts in medieval manuscripts, questions of visual culture, and the significance of exemplarity in various discursive contexts. He has coedited two collections of essays on spirituality and literature (1995 and 1999), and an important medieval collection of vernacular sermons (1998). Largier is a member of the editorial board of the journal Representations, and of the book series New Trends in Medieval Philology (DeGruyter, Berlin) and Deutsche Literatur von den Anfängen bis 1700 (Lang, Bern et al.). Niklaus Largier is the recipient of a Swiss National Research Foundation Grant (1993/96), of a Fellowship in residence at the Getty Center for the History of Art and the Humanities (1992/93), and of a Guggenheim Fellowship (2004). He joined the Berkeley faculty in 2000. From 2001 until 2004 he was the director of UC Berkeley’s Program in Medieval Studies, and from 2003 until 2006 he was the director of the Program in Religious Studies. He was a Visiting Professor at Harvard University in 2006. He is a fellow at the Wissenschaftskolleg in Berlin, 2010-11. 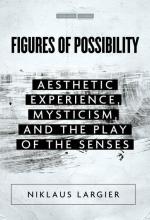