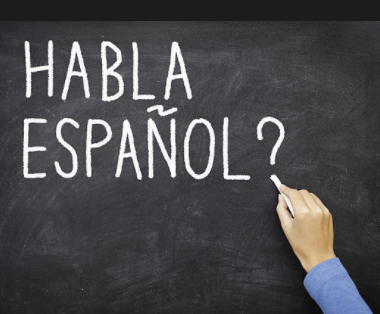 Karina Palau is teaching faculty and Reading & Composition Coordinator in UC Berkeley's Berkeley’s Comparative Literature Department. An americanista with a focus on the U.S., México, and Brazil, she works in Spanish, English, Portuguese, and Spanglish, and enjoys studying every kind of cultural object imaginable, from literary texts to quilts, photographs, maps, installation and performance art, ethnographies, and street murals. All Karina’s research roads lead back to teaching, and she is currently at work on two American Cultures courses: an urban humanities offering called “Boroughs & Barrios: Moving in and through New York City and Los Angeles”; and "(Re)making American History," which centers on Post-Civil-Rights Movement (re)imaginings of American History that construct alternative, corrective visions and versions of the U.S. national past.

Gladys Rivas is a PhD Student in UCB's Comparative Literature Department, working on Russian and Latin American literatures and their rich but not often enough known and discussed intersections. Gladys holds an MA in Spanish from Middlebury College; she's lived and studied in Kazakhstan, Russia, and in Spain. Her current research explores contemporary Latin American artistic responses to the spectral legacies of the Russian and Soviet avant-gardes. Gladys is also a budding New Media artist, whose work explores representations of the self across digital media.

Ryan Tuozzolo is a fourth-year Comparative Literature major, with language-focuses that include Spanish and Latin. Her research centers on the poetry of the Spaniard Federico García Lorca and  the Argentine Alejandra Pizarnik; she reads each in their sociohistorical contexts, and with an eye towards their posthumous legacies--and in dialogue with Theodor W. Adorno's critical and aesthetic theory. Ryan's honors thesis explores the histories and politics that inform the linguistic "collective undercurrent" propelling both Lorca's industrial-era lyric  engagements with Spanish folk traditions (such as cante jondo, or "deep song") and Pizarnik's post-structuralist, post-industrial leanings-into later lyric's formal abstraction and risked obscurity.

You must be logged in to a Zoom account to attend this event; please click this link to join the event, starting at 5pm Pacific Coast Time on Monday, February 22:

The idea was, and is, for El Grupo to be a place and an ongoing process of meeting, dialogue, and activity for all those in the Department whose work engaged--a lot, or just in ways that those doing it considered significant to them, and that they wanted to sustain--the literatures, related art, and cultures of Latin America (including within the U.S.) and/or the Iberian Peninsula.

We also wanted--in bringing together CL undergrads, grad students, and faculty whose studies involve these materials, issues, and areas--to get a chance (which we otherwise too rarely experience) to talk collectively about shared interests and commitments outside of formal classroom situations and official academic events. We had a sense this would be generative for all of us, and a terrific way to extend our collective literary/cultural education and experience.

We  had some preliminary talks with folks in the Spanish & Portuguese Department, who indicated they'd likewise be interested in the possibility of doing some joint-department events with us. That possibility came to fruition, and we've had some faculty, grad students, and undergrads in the Spanish &Portuguese Dept, as well as in the English Dept, who've become grupistas; so while EL GRUPO began in, and has a very strong base in, the Comparative Literature Department, it's not limited only to Comp Lit.

Over the last two years, El Grupo has organized talks and forums; done a number of combined events with both UC Berkeley's Latinx Resource Center (LRC) and Center for Latin American Studies (CLAS); organized film-viewings (so far, films from México and Guatemala); generated a reading group that focused on reading novels in Spanish; established information networks for students interested in opportunities for additional information and guidance in accessing campus and off-campus grant, scholarship, and other programs/means of both financial and scholarly-intellectual support; and begun to pair undergrads and graduate students, within and across the Comp Lit and Spanish & Portuguese Departments, into mentorship opportunities for those undergraduates and graduate students interested in working together (with a particular focus on what grad students might offer to undergrad grupistas in terms of their present studies, as well as offering advice and guidance about the possibility of undergrads eventually doing doctoral work themselves).  Among our key plans is to build up and strengthen this El Grupo mentoring initiative.

Like every other aspect of academic and extra-academic life today, our current planning takes place in the context of multiple challenges: above all, COVID-19, but also, as we all know, the ongoing political crises--not least, those involving urgent questions of racial and ethnic justice--that have become inseparable from the coronavirus pandemic.

If you're not already signed up with EL GRUPO's email districbution list and you think you'd like to be on it,  please email Professor Robert Kaufman at:   robkaufman@berkeley.edu