Topics in the Literature of American Cultures

Topics in the Literature of American Cultures

Boroughs and Barrios: Moving in and through NYC & LA 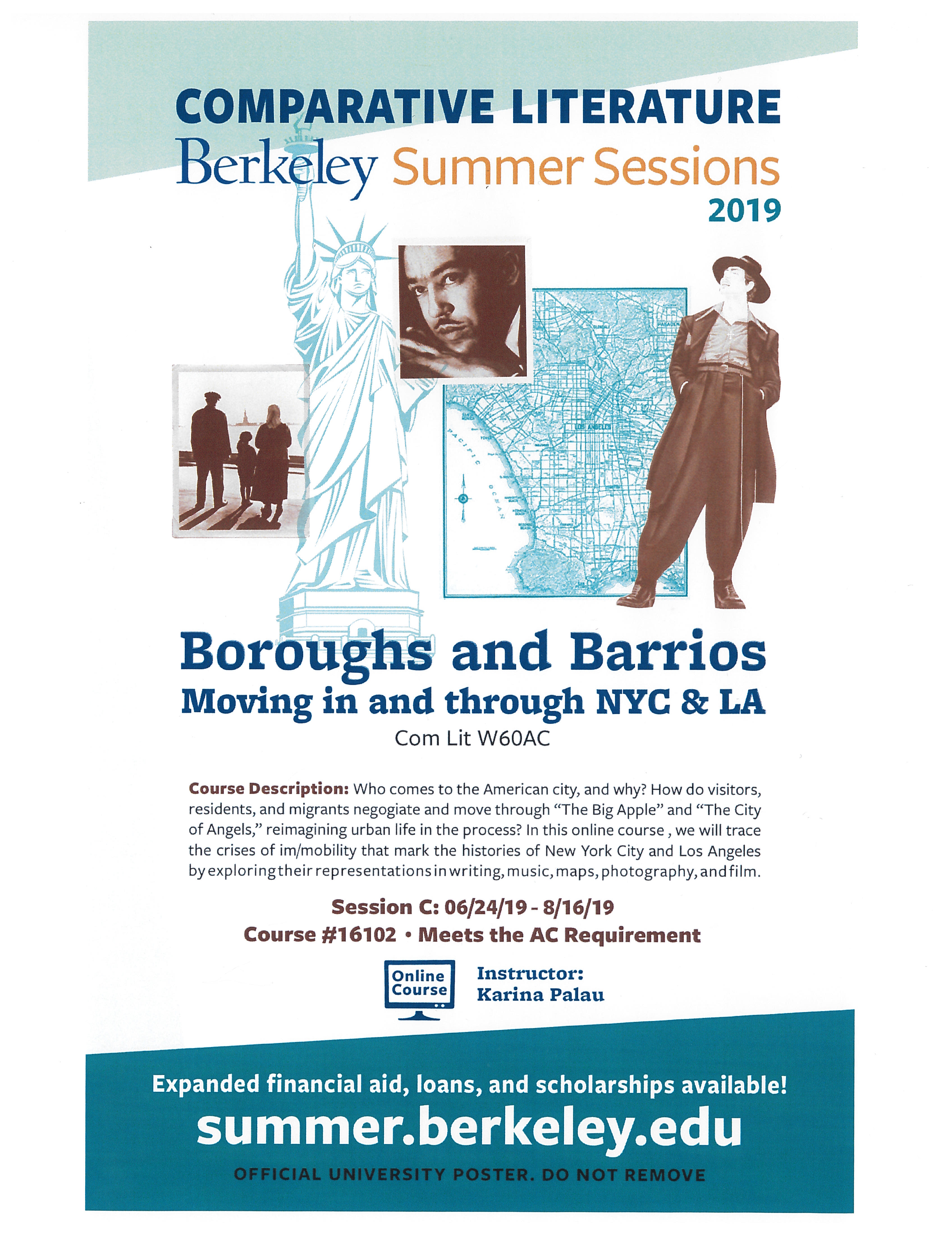 The Statue of Liberty with welcome torch always raised. The Hollywood sign against golden California hills. Subways and freeways running like arteries above and below ground, offering to transport us around and across the city. Many iconic images of New York City and Los Angeles construct U.S. urban centers as a space of endless movement and possibility. Physically, New York and Los Angeles spread across the map and encompass multiple neighborhoods and communities, seemingly facilitating our ability to access, explore, and find new connections. Socially and economically, both cities have been figured as distinctly “American” dreamscapes—places of refuge and freedom, success, and self-invention—that hinge on the promise that the American city works like an open circuit, enabling unrestricted movement and mobility to and for everyone who visits or decides to make it home.

But who comes to the American city, and why? How do visitors, residents, and migrants negotiate and move through “The Big Apple” and “The City of Angels,” reimagining urban life in the process? With these questions in mind, we will spend the summer tracing the crises of im/mobility that mark the histories of these two U.S. urban centers. Highlighting interconnected and transnational moments like the New York immigration boom and growth of Spanish Harlem, the African American Great Migration and Harlem Renaissance, and the displacement of Chicano communities in the Chávez Ravine and East Los Angeles to make way for L.A freeways and ‘development,’ we will give special attention to the ways that New York and Los Angeles’ stories intersect with themes of immigration and shifting constructions of national ‘American’ identity, contests over urban spaces and representations of race and citizenship, segregation and the politics of urban renewal. In the process, we will explore the traversed and imagined landscapes of New York City and Los Angeles through writing, popular music, advertisements, maps, and visual media including photography and film.

Here is a Spark preview of this great class.

Additional note:  Karina Palau has received the “Excellence in Advising Award” for faculty for 2018-2019, congratulations Karina!

To enroll:  go to summer.berkeley.edu