Fiction and Culture of the Americas

Fiction and Culture of the Americas 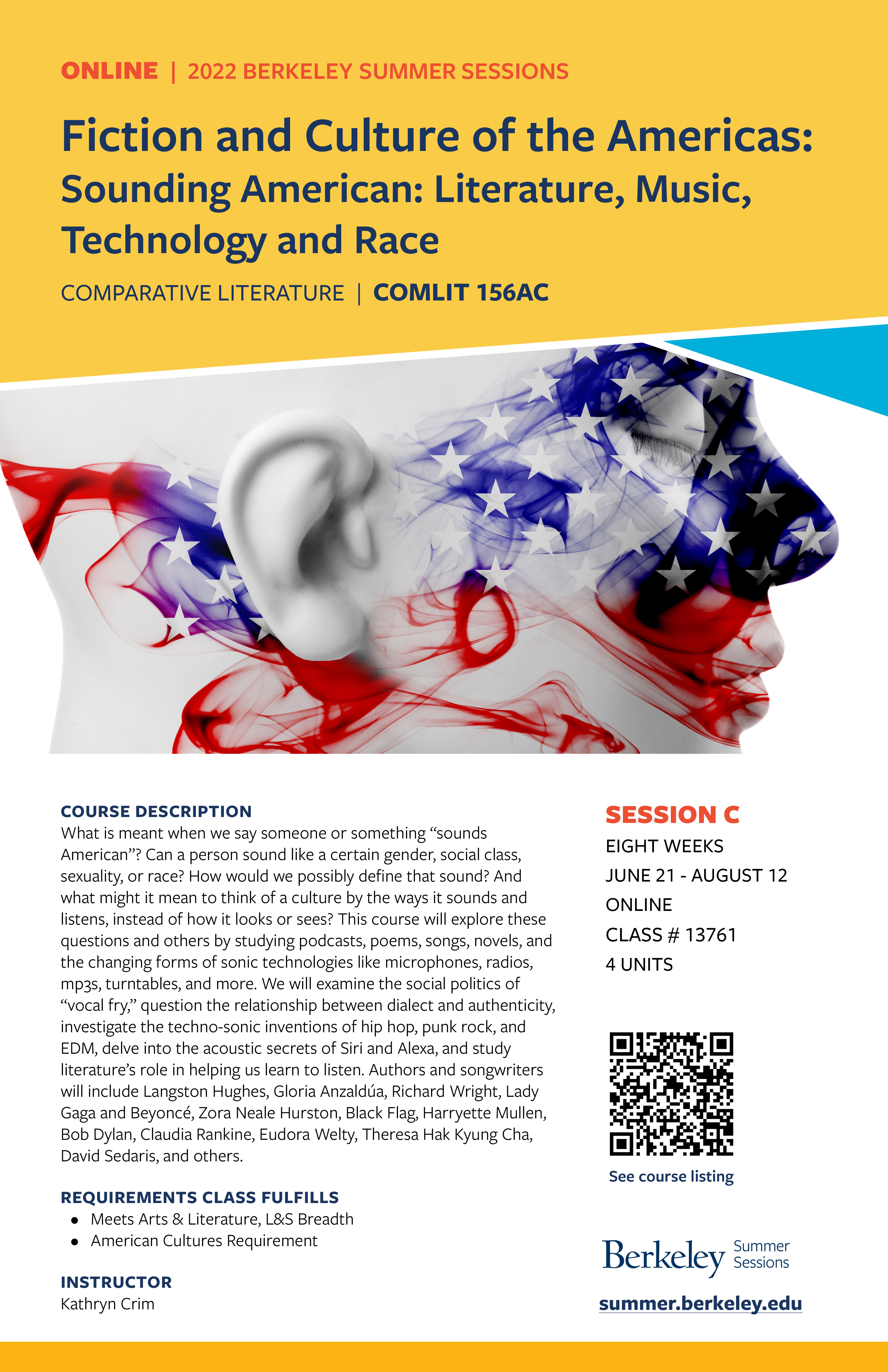 What is meant when we say someone or something “sounds American”? Can a person sound like a certain gender, social class, sexuality, or race? How would we possibly define that sound? And what might it mean to think of a culture by the ways it sounds and listens, instead of how it looks or sees? This course will explore these questions and others by studying podcasts, poems, songs, novels, and the changing forms of sonic technologies like microphones, radios, mp3s, turntables, and more. We will examine the social politics of “vocal fry,” question the relationship between dialect and authenticity, investigate the techno-sonic inventions of hip hop, punk rock, and EDM, delve into the acoustic secrets of Siri and Alexa, and study literature’s role in helping us learn to listen. Authors and songwriters will include Langston Hughes, Gloria Anzaldúa, Richard Wright, Lady Gaga and Beyoncé, Zora Neale Hurston, Black Flag, Harryette Mullen, Bob Dylan, Claudia Rankine, Eudora Welty, Theresa Hak Kyung Cha, David Sedaris, and others.

Given that this course is integrative and comparative and addresses theoretical and analytical issues relevant to understanding race, culture, and ethnicity in American history and society, it does fulfill the American Cultures requirement.