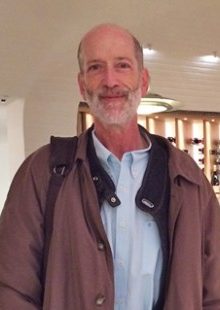 After practicing labor and employment-discrimination law for several years, Robert Kaufman returned to UC Berkeley to take a Ph.D. in English. He then joined the English Department faculty at McGill University in Montréal, moving soon thereafter to Stanford University, where he was assistant professor of English and affiliated assistant professor of German Studies and of Modern Thought and Literature.  Kaufman has been a Stanford Humanities Center Fellow, as well as a John Philip Coghlan Research Fellow, and has also spent terms teaching, as invited visiting assistant professor, in the University of Chicago’s English Department and UC Berkeley’s Comparative Literature Department.  He joined Berkeley’s Comparative Literature faculty in July, 2007; at Berkeley he has been both a Hellman Family and Institute of International Studies Fellow. He also teaches in, and is a past Co-Chair of, UC Berkeley’s interdisciplinary Program in Critical Theory.

Professor Kaufman’s interests in experimental poetry and poetics since Romanticism, and in aesthetic, cultural, and literary theory, have led him to pursue three interrelated research projects. The first study is  Negative Romanticism: Adornian Aesthetics in Keats, Shelley, and Modern Poetry (forthcoming from Cornell University Press); the book examines the relationships between “second-generation” British Romanticism and modern attempts (from Keats, Shelley, and Kant, to Brecht, Vallejo, Zukofsky, and the Frankfurt School, to recent lyric poetry and critical theory) to develop a progressive, “critical” poetry, poetics, and aesthetics. Two related book projects are titled Why Poetry Should Matter-to the Left:  Frankfurt Constellations of Democracy and Modernism after Postmodernism? Robert Duncan and the Future-Present of American Poetry.

Professor Kaufman’s essays and articles include: