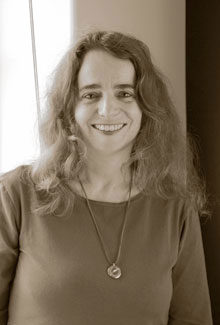 Anne-Lise François works in the modern period, comparative romanticisms; lyric poetry; the psychological novel and novel of manners; gender and critical theory; literature and philosophy; and ecocriticism. Her book – Open Secrets: The Literature of Uncounted Experience (Stanford University Press, 2008) –was awarded the 2010 René Wellek Prize by the American Comparative Literature Association.   A study of the ethos of affirmative reticence and recessive action found in the fiction of Mme de Lafayette and Jane Austen, and the poetry of William Wordsworth, Emily Dickinson and Thomas Hardy, Open Secrets argues that these works make an open secret of fulfilled experience, where the term “open secret” refers to non-emphatic revelation–revelation without insistence and without rhetorical underscoring. This ethos locates fulfillment not in narrative fruition but in grace understood both as an economy or slightness of formal means and a freedom from work, in particular the work of self-concealment and self-presentation. Questions of how to value unused powers and recognize inconsequential action also inform her essay on Wordsworthian natural piety and genetically engineered foods (Diacritics, Summer 2003 [published 2005]), as well as an earlier article on the gentle force of habit in Hume and Wordsworth (The Yale Journal of Criticism, April 1994).  Her current book project “Provident Improvisers: Parables of Subsistence from Wordsworth to Benjamin” focuses on figures of pastoral worldliness, provisionality, and commonness (with “common” understood in the double sense of the political antithesis to enclosure and of the ordinary, vernacular, or profane).

Other recent publications include an essay on Keats and form forthcoming in the Blackwell Companion to British Romanticism (ed. Charles Mahoney); “‘Not Thinking of You as Left Behind’: Virgil and the Missing of Love in Hardy’s Poems of 1912-13,” ELH 75 (2008); and “Unspeakable Weather, or the Rain Romantic Constatives Know” in Phantom Sentences: Essays in Linguistics and Literature Presented to Ann Banfield, ed. Robert S. Kawashima, Gilles Philippe and Thelma Sowley. Bern: Peter Lang, 2008.