Foucault's Seminars on Antiquity: Learning to Speak the Truth

Foucault's Seminars on Antiquity: Learning to Speak the Truth 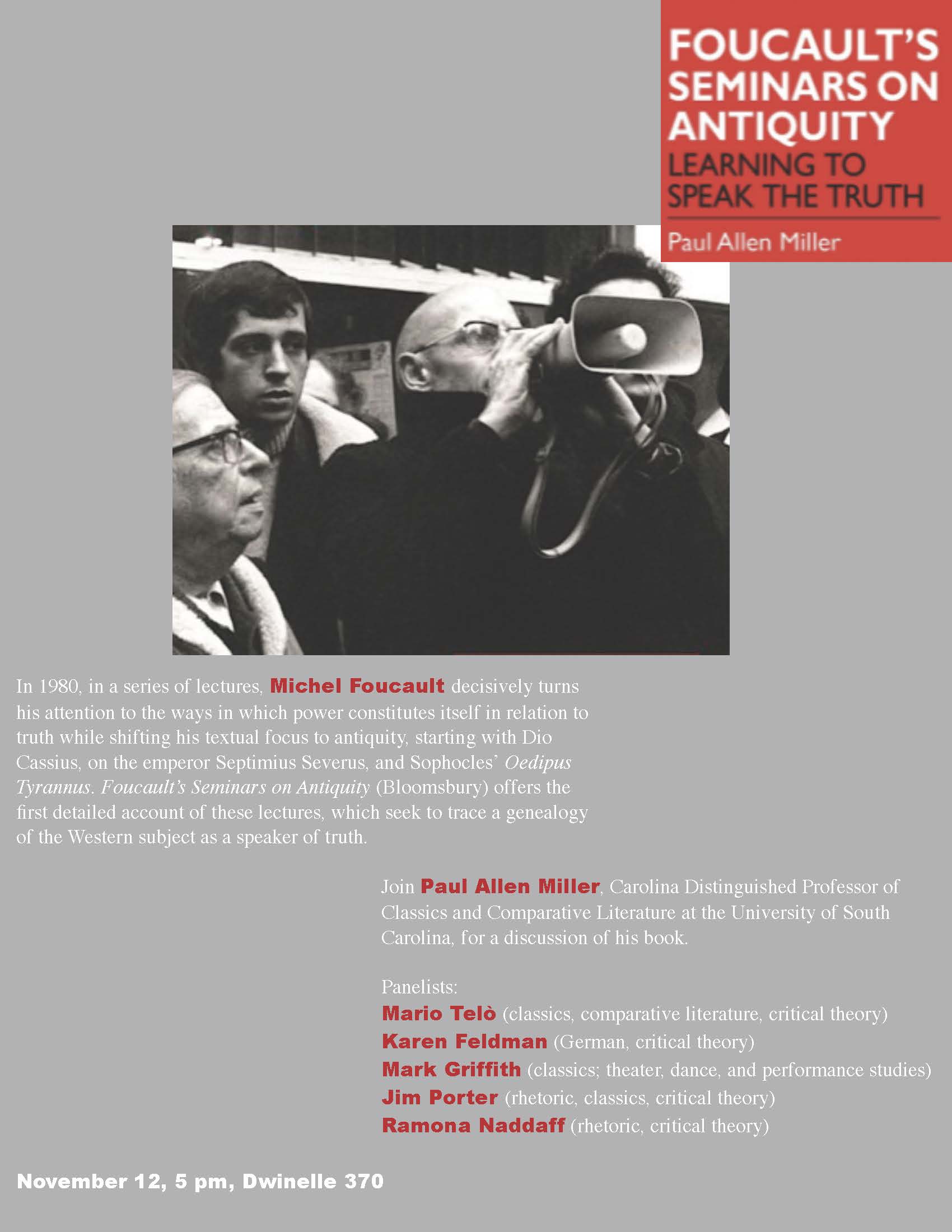 In 1980, in a series of lectures, Michel Foucault decisively turns his attention to the ways... in which power constitutes itself in relation to truth while shifting his textual focus to antiquity, starting with Dio Cassius, on the emperor Septimius Severus, and Sophocles’ Oedipus Tyrannus. Foucault’s Seminars on Antiquity (Bloomsbury) offers the first detailed account of these lectures, which seek to trace a genealogy of the Western subject as a speaker of truth.

Join Paul Allen Miller, Carolina Distinguished Professor of Classics and Comparative Literature at the University of South Carolina, for a discussion of his book.