Introduction to Literary Forms: The Cinema

Introduction to Literary Forms: The Cinema 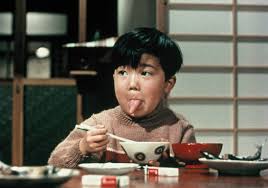 From the French New Wave to the post-Revolutionary cinema of Iran, it is well known that filmmakers across the globe have often focused on the perspectives or stories of children to shed light on the struggles, joys, and mundane (turned exhilarating) moments of everyday life. Films focusing on children approach life from a “smaller” or differently illuminated scale than that of the adult subject, sometimes focusing on cycles of growth, while other times exposing the viewer to experiences, journeys, and imaginative worlds otherwise lost to adult realities. The figure of the child is said to embody humanist values, representing a certain messianic virtue, which both brings hope for the future while also carrying its burden. As we navigate this course we will think about point of view, narrative structure, pacing and temporality, as well as the visual and aesthetic coordinates of childhood, and what this opens up for the world of the imagination, cinematic and otherwise. How do children’s perspectives allow filmmakers to approach large-scale socio-political questions through the smaller-scale perspectives of the child as subject? What do children’s ways of seeing the world offer in a society that often marginalizes or undervalues these perspectives? Films about children range in style from slow cinema to wondrous, or dreamy adventures. How do films about children challenge fast-paced or Hollywood conceptions of time and action? What imaginative, experiential, and aesthetic registers do films about children create? How does the child subject affect the cinematographic gaze of the filmmaker? How do we think about the meaning of words like “child-like” or “childish” in the context of the small wisdoms we encounter in cinema about children? The experiences of children and childhood will be examined in parallel to the conflicts unveiled in each film, from war and poverty to familial and internal struggles as a meditation on the experience of growth, but also outside of this temporal trajectory, as part of the particular sensory unfolding of each film. Through a careful examination of the child in film, the class will hone in on representations of local and global cultural contexts in the universal experience of childhood.

The course will give students a foundation in the terminology and methods of film studies. It will also introduce students to a variety of traditions of cinema scholarship, including formalist, historicist, materialist, and psychoanalytic criticism and approaches influenced by race and ethnic studies, gender studies, and the Frankfurt School.

Abbas Kiarostami, Where is the Friend’s Home?, 1987

Djibril Diop Mambéty, The Little Girl Who Sold the Sun, 1999